Two common treatment options for handling rust problems on automobiles are undercoating and rust protection. Though these two treatments are similar in some ways, they offer two different levels of rust prevention, either of which may be better for a particular driver depending on a variety of factors.

Below is an explanation of what each of the two treatments are, as well as some advantages of each option:

Undercoating consists of applying a rubberized protective spray only on the underside of the car. While this protects some of the vehicle's most vital parts from rust problems that could lead to mechanical failure, it does not offer protection for other parts of the automobile body like the doors, hood, and roof.

Rust protection is undercoating spray that is also applied to both the underside of the car and the rest of the automobile body. Rust protection will protect not only the car's underside, but also doors, fenders, upper body, tailgates, and more.

Which is better for your vehicle?

Factors influencing whether undercoating or rust protection is better for a particular driver include the driver's geographic location and how the vehicle is going to be driven. Undercoating is generally understood to be a more limited form of rust prevention than rust protection.

Undercoating is therefore more appropriate to geographic locations where exposure to severe winter weather conditions and road salt is less likely. Car undercoating might also be sufficient if drivers are not going to be driving a vehicle many miles per week or on a daily basis. It will offer more than enough rust prevention for a vehicle that is garaged most of the time and only taken out in optimal whether conditions.

On the other hand, a vehicle that is a driver's regular commuter vehicle will probably experience more severe rust risk. This is especially the case if the vehicle will be driven in a colder area of the country where winter storms and rock salt treatment on roadways are common. For these conditions, drivers might want to invest a little more in a rust protection treatment to keep their car rust-free. 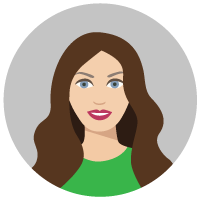 Hi there, my name is Molly. Welcome to my site about detailing automotive interiors and exteriors. The way you clean and detail a vehicle directly influences the way it looks well into the future. With the right tools and techniques, you can keep classic vehicles looking their best through the decades. Just one wrong wash and detail job, however, can ruin the interior and exterior finish of a vehicle in an instant. I will explore all of the right tools and techniques you can use to keep your vehicle in perfect condition. I hope you will use the information on my site often. Thanks.